The 2014 World Championships will take place in Saitama, Japan from March 24-30.  This is a chance for people who didn't have their best performances in Sochi to redeem themselves as well as a chance for newer skaters to make their mark as we head into this next quadrennial of skating. Even with the absences of the Olympic gold and silver medalists (Adelina Sotnikova and Yu-Na Kim) the field is still stacked with competitors, old and new.  I'll take a look at where the top contenders stand coming in and give them a bottom line for these championships. 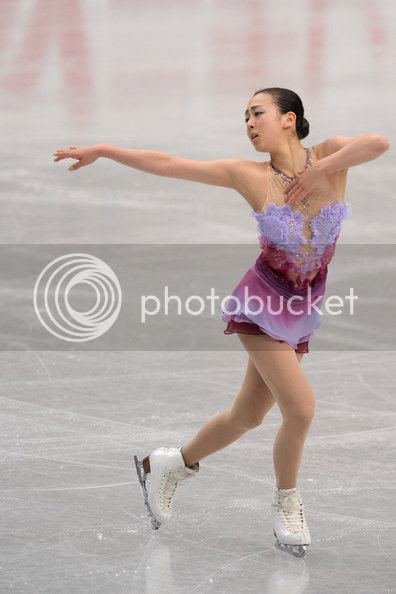 Coming In:  I feel like Mao is one of the people looking for redemption after the Olympics.  She more than redeemed herself in my eyes by delivering one of the most epic moments I've ever seen in the FS in Sochi, but I'm sure she didn't just want a clean FS...she wanted a clean competition where both programs were delivered strongly.  Mao has a chance to do that here.  After placing a heartbreaking 6th in Sochi I think a gold medal backed by two valiant performances would be amazing and might be the motivation she needs to sway her towards continuing to compete.

Bottom Line: Tap into that determination and fight she discovered in Sochi. Hold nothing back. 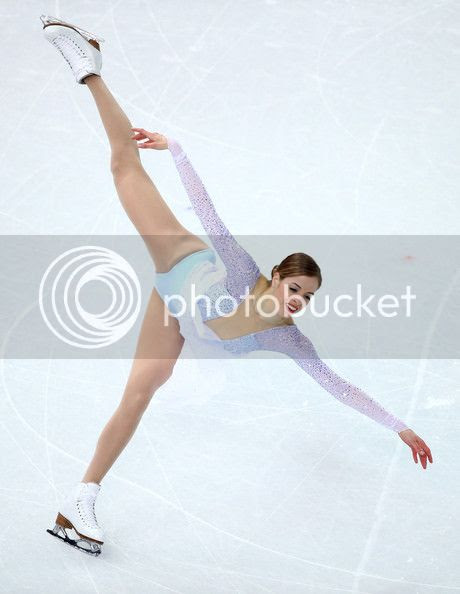 Coming In:  Honestly, I didn't think Carolina would decide to compete at these championships.  She delivered the two strongest programs of her career in Sochi and won a bronze medal.  If she wanted to leave out on a high note, I'm not too sure she can do much better than that...then again, I could be wrong.  If Carolina delivers in Saitama the way she delivered in Sochi, she will undoubtedly leave with another world medal.  Unlike Mao, Carolina seems to be sure that this competition will be her last.  I'd love to see her go out on an even higher note than Sochi but she'll have to fight if she wants to be on that podium.

Bottom Line:  Skate like it's the last time...because it is. 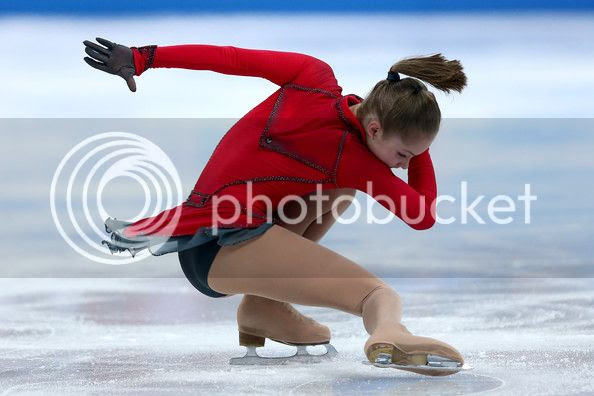 Coming In:  Everyone knows what kind of skater Julia is so to see her struggle in the individual event in Sochi was very shocking.  Now that she's out of Russia and the pressure of the Olympics has been lifted, we'll have to see if Julia returns to BEAST MODE or whether those performances come back to haunt her.  Outside of Russia Julia's scores tend to be good but not ridiculously so, which means if she falls and stumbles in the FS she definitely won't receive a 70+ in PCS and will likely fall much farther in the standings.  She'll have to deliver if she wants to stand on the podium.

Bottom Line:  Leave the past in the past and get back to being a BEAST. 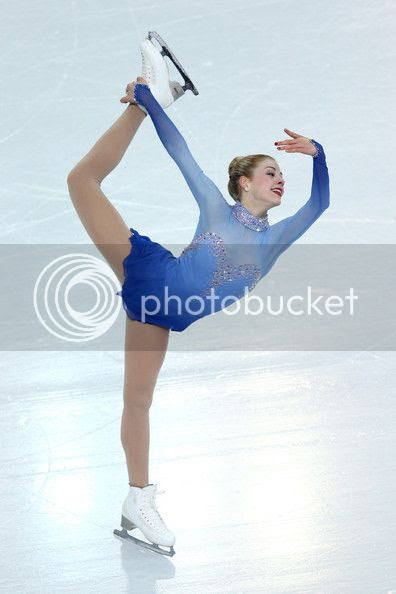 Coming In:  Gracie is now the official #1 of the US ladies.  She continues to surprise me with the way she has learned to shake the nerves, stay focused and just skate.  She was excellent in Sochi and with the field slightly wider now, Gracie has an great shot at the podium this year.  It won't be an easy task but she has the technical content, the momentum from her 4th place finish in Sochi, and that US title to help her.  The door is wide open...all she needs to do is walk through it.

Bottom Line:  Stay focused and do your job. 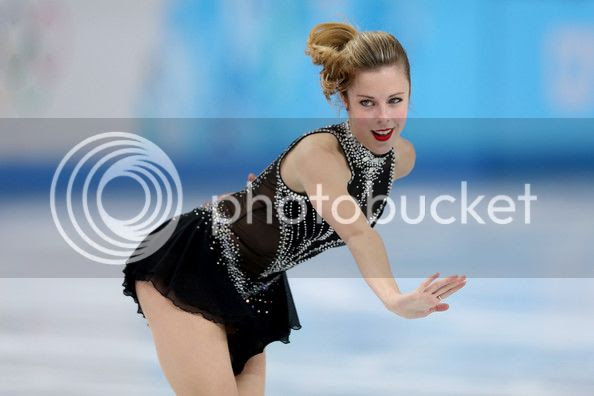 Coming In:  Ashley did a great job of rebounding from the disappointment of nationals by skating well in Sochi.  She attacked her programs and really sold them as best as she could even though the Sochi judges weren't that interested in buying it.  Ashley's chances of making it to the podium will be determined by how well others skate. She's always been behind Mao and Carolina but now both Julia and Gracie have surpassed her as well.  That means she has zero room for errors.  In terms of PE, CH and IN Ashley still tops Julia and Gracie (in my opinion at least) but in order to keep those scores up she'll have to nail the jumps.

Bottom Line: A clean 3-3 in both programs is a necessity and sell, sell, sell the programs. 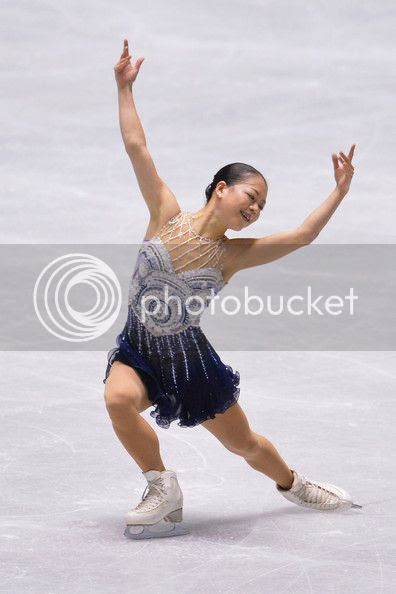 Coming In:  Akiko was not good in Sochi.  She looked extremely tight and nervous the entire time and her performances suffered.  This event will be the final competition of Akiko's very long and storied career.  Like others, this will be an opportunity for her to redeem herself and prove that she is capable of delivering under pressure.  Akiko's track record at worlds is very up and down (11th, 3rd, 12th) but judging by her pattern, she may be due for an up year.  She'll have the hometown boost which means if she's able to deliver the judges will likely give her a leg up in the standings.

Bottom Line:  Use the home crowd advantage and skate your heart out. 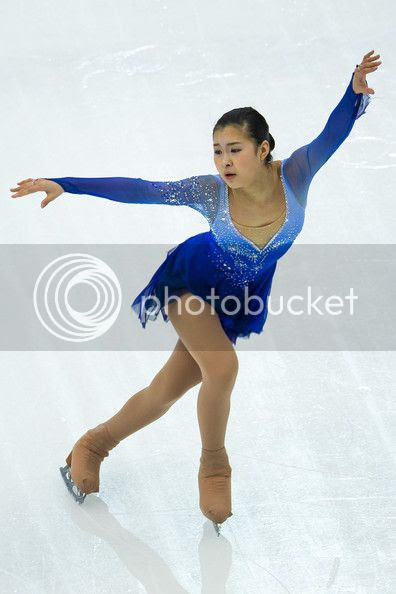 Coming In:  Finishing 12th in Sochi must have been devastating for Kanako because she knows how well she is capable of skating...it was fresh in her mind after winning 4CC a few weeks before.  It was a strange thing to witness because she usually performs very well under pressure.  Kanako normally flies under the radar yet she has placed top 5 at worlds for the last two years in a row. Two strong performances should receive a boost from the home crowd but Kanako can't afford to leave any points on the ice.

Bottom Line:  Regain that focus and attack from 4CC. 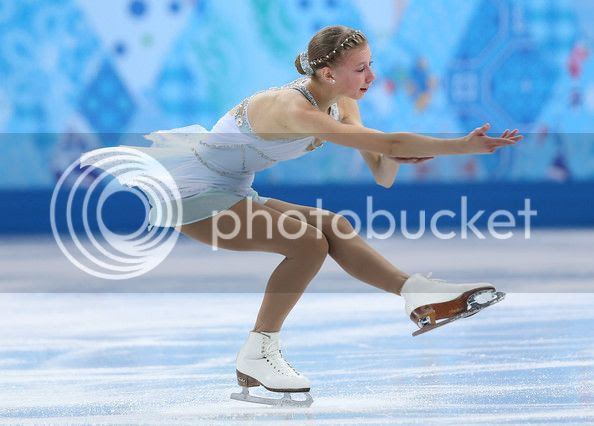 Coming In:  Polina proved to everyone that she was an excellent choice to send to Sochi.  This competition is a great opportunity for her to boost herself in the standings heading into next season.  She received very good scores in Sochi which means two more strong performances should help to build her reputation internationally and increase her scores.  Four or five skaters would have to have complete meltdowns in order for Polina to make it to the podium, but another top 10 finish would be an excellent start to Polina's senior career at worlds.

Bottom Line: Keep doing what you're doing...and land that 3F. 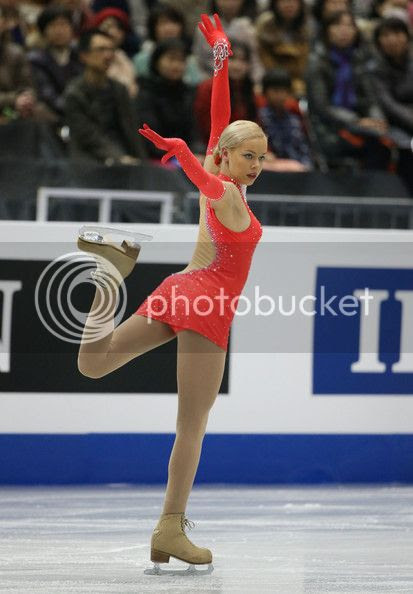 Coming In:  With Adelina sitting out these championships, Anna got the nod over Alena Leonova to represent Russia at worlds this year. After placing a disappointing 8th at Russian nationals and missing out on both Euros and Sochi, this competition will be a chance for Anna to redeem herself as well.  It's her first big senior international event and her first time going up against all of the top names in the sport.  Anna has that fighter's mentality as well as a ton of technical firepower, but she doesn't have the reputation to boost her past mistakes which means she'll need to be as clean as possible if she wants to place well.

Bottom Line:  Nail the technical content and the rest will come. 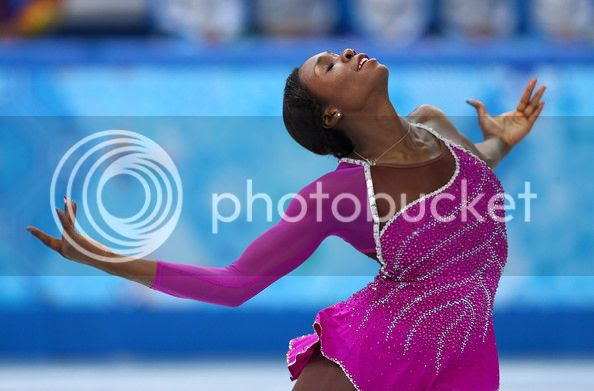 Coming In:  Mae is coming off of her personal best FS and total scores in Sochi.  It's taken her a while but she's found her own style and seems much more comfortable and at ease on the ice.  The judges are starting to appreciate her more as well which is always a good thing.  Mae has huge jumps and enough difficulty to keep her in the top 10 but, like all of the ladies fighting for that top 10 finish, she can't leave any points on the ice.  She has two programs that the crowd really responds to so if she can perform them well and hit the jumps, she should be in good shape.

Bottom Line:  Play to the crowd and get them into the performance. 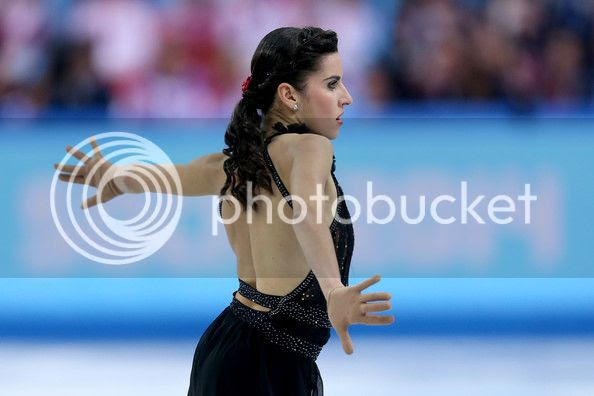 Coming In:  It's taken Valentina some time to find her competitive legs but her performances in Sochi were some of her best ever.  When she hits the jumps the programs flow so much better and you get a sense of how amazing she is as an artist and performer.  She has the added difficulty of the 3S-3T in the SP and the 2A-3T in the FS; she will need both in order to stay competitive.  It's a tall order to place well in this field but if she can minimize her errors and really sell her programs, she can do it. 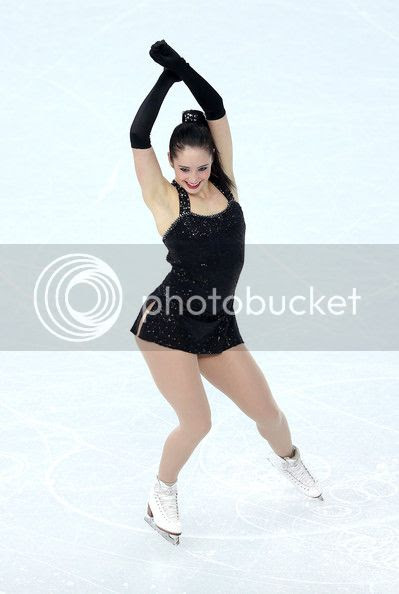 Coming In:  To say she's been out most of the season with injuries, Kaetlyn had a decent showing in Sochi.  She needs more time to get her momentum going but, unfortunately, she's out of time which means she has to deliver as best as she can with where she is now.  Kaetlyn has the ability to score very well but she has to focus on keeping her nerves in check and not getting too far ahead of herself.  A podium finish is a very long shot but a solid top 10 finish would be a good end to her season.

Bottom Line:  Light up the arena and stay focused. 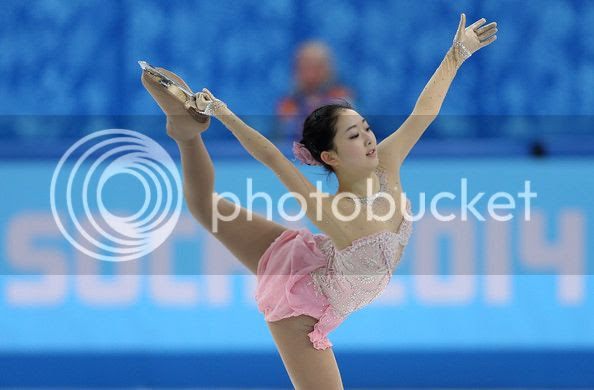 Coming In:  Zijun has had to fight her way back from injuries all season long.  Given her limited competitive performances this season, I think Zijun performed well in Sochi.  Zijun's style is lovely and graceful but she doesn't really grab the audience the way she needs to in order to stand out and, as a result, her PCS tend to be rather low.  The good news is she's got a loaded arsenal of jumps including a 3-3 and 2A-3T in the FS.  If she can hit the jumps her TES will help make up for some of her PCS shortcomings and she should place well.

Bottom Line:  Rotate the 3-3s and bring more energy to the performances.