I don't know about you but I am officially wiped out.  I didn't think it was possible to have a figure skating overload but that's where I am.  It's been two weeks of basically nonstop skating and I watched about 90% of it.  Thus, I am burned out.  So rather than my usual in-depth review, I'm just giving my overall thoughts about each skater. 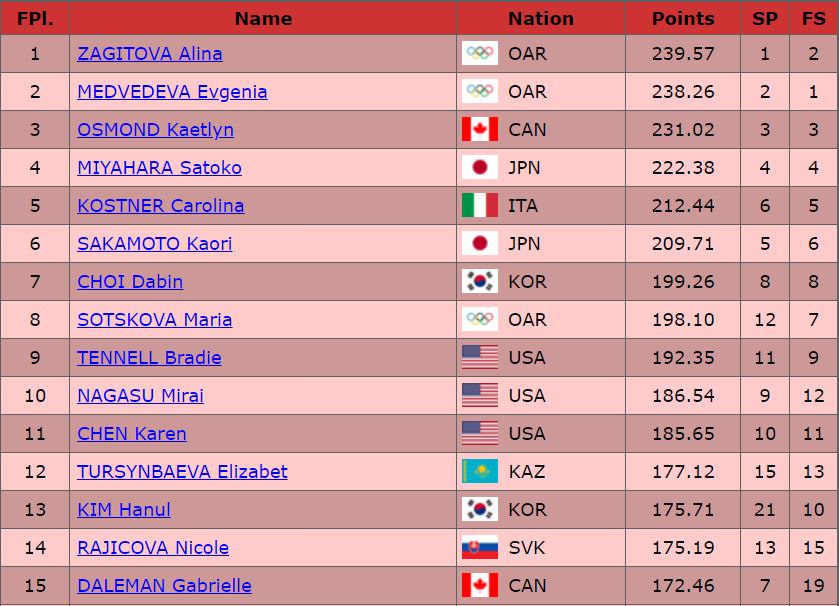 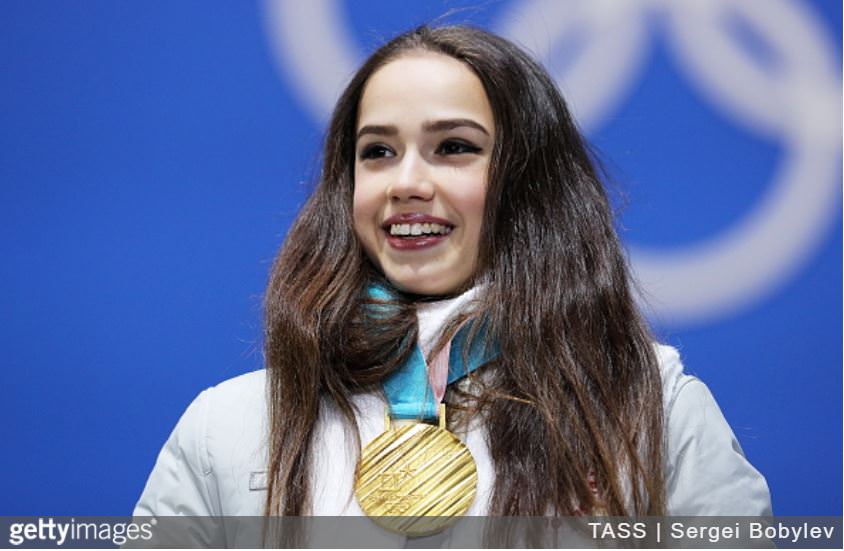 Alina Zagitova (RUS):  239.57 - 1st
I cannot say I'm happy Alina won.  If I'm being honest I don't think she should have.  To me, her victory was a case of a girl competing against women. It was a case of more complete package skaters versus a jumping display that was admittedly out of this world, but ultimately lacked the parts of figure skating that are supposed to matter but apparently don't anymore.  I give Alina all of the props in the world for her technical accomplishments.  She has strong jumps that are insanely difficult and she executes them with ease.  She's a technical beast.  In terms of her performance, choreography, connection to the music, emotional depth, maturity and overall presentation...Alina looks like a 15 year old.  It's not her fault.  She is 15 years old; she's still a child.  The qualities that are supposed to be there in women's skating just aren't there yet.  She should have been 1st in TES but 4th or 5th in PCS.  Alina was rewarded for things she did do and a lot of things she did not do.  I don't think she deserved the gold medal.  However, I must extend congratulations to her for skating so well and also for making this scoring system and the judges her bitch. 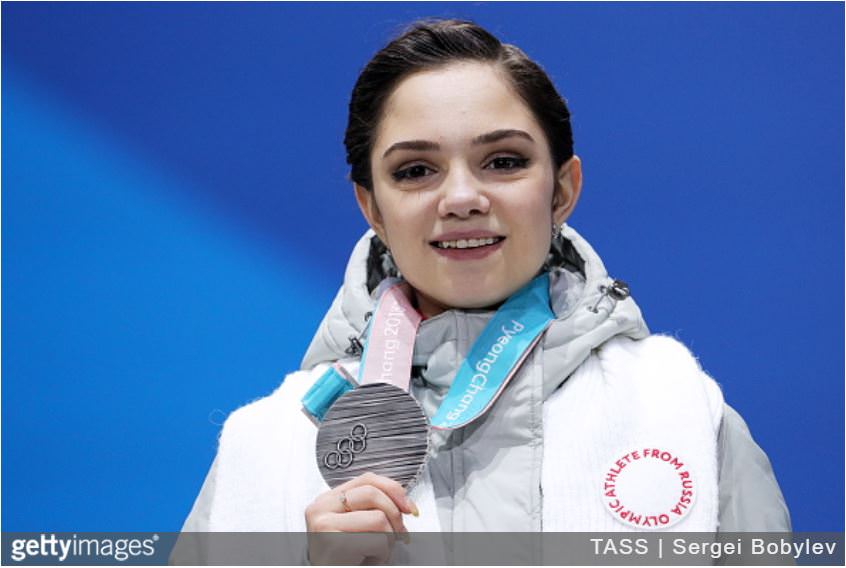 Evgenia Medvedeva (RUS):  238.26 - 2nd
I'm impressed with Evgenia.  It's been a long time since she's been forced to skate well.  The only other time was at Euros prior to this competition and she wasn't at her best as she was coming off of an injury.  I felt she was very strong in the SP here and, performance wise, was at the best I've ever seen her in the FS.  To me, her FS was so beautiful because I could really see and feel the emotion and connection to her music/character coming through.  Evgenia gave it her all but it wasn't enough.  I disagree with her placement.  Looking at everyone across the board, I thought she should have won.  Alina had the technical edge but I felt Evgenia was stronger overall and should have had a bigger edge in PCS.  Not that her PCS should have been higher but that Alina was over-scored relative to several skaters in the field.  Evgenia handled the loss with grace and class and I admire her for that. 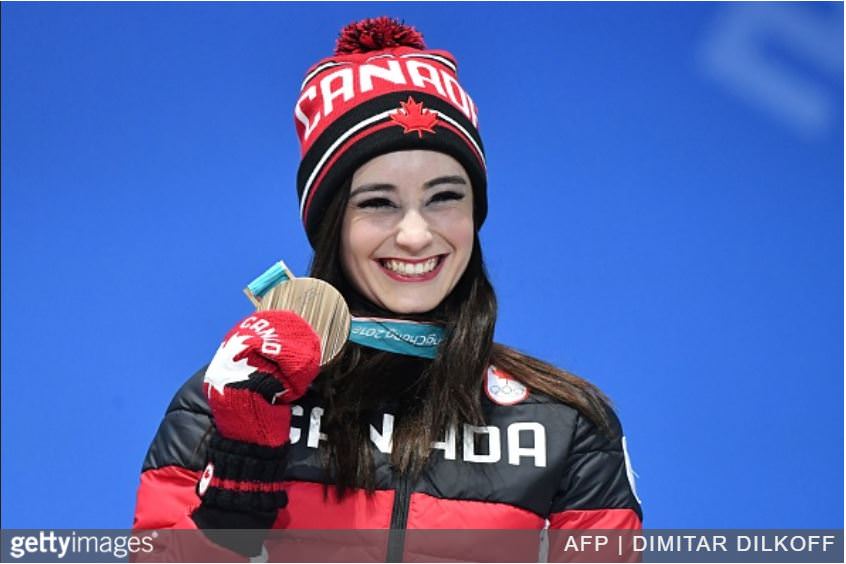 Kaetlyn Osmond: 231.02 - 3rd
I am so unbelievably proud of Kaetlyn!  She was amazing in both segments and, had the scoring been fair, she probably had a case for silver here.  Her SP was amazing and fabulous.  Given the quality of her jumps (flutz or no), the speed, the maturity and presentation, I felt she should have placed 1st or 2nd in the SP instead of 3rd.  It was so great to see her finally pull off that (nearly) clean FS for this event.  Just the stumble out of the lutz but she got it right back and nailed everything else.  Bigger, stronger, faster...that is Kaetlyn's skating with the added bonus of the artistic and aesthetic elements being there as well.  With proper scoring, she definitely had a case for a higher placement.  Kaetlyn now has a complete set of medals: silver from Sochi, and both gold and bronze from Pyeongchang. 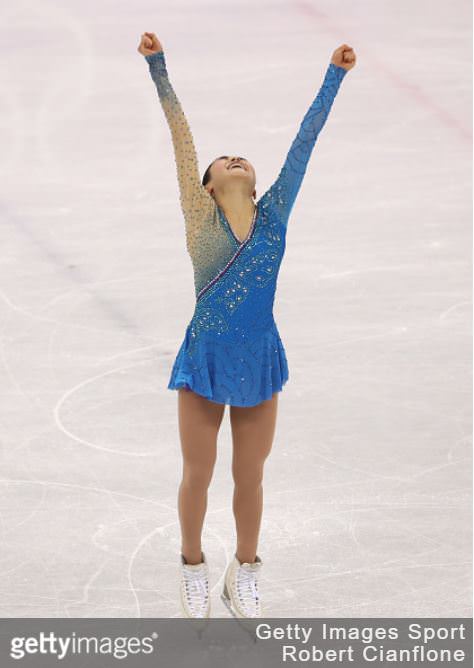 Satoko Miyahara (JPN; 222.38, 4th): I was really worried about Satoko coming into this competition but she ended up giving two of the best performances of her life.  I did not think Kaetlyn would perform the way she did so for a minute there I thought Satoko was going home with bronze.  Satoko's programs were the class of the field and deserved higher PCS in my opinion.  I do agree with her placement overall but the gap could have been closer to the medalists.  4th in your first Olympics is an amazing accomplishment and I'm so proud of her. 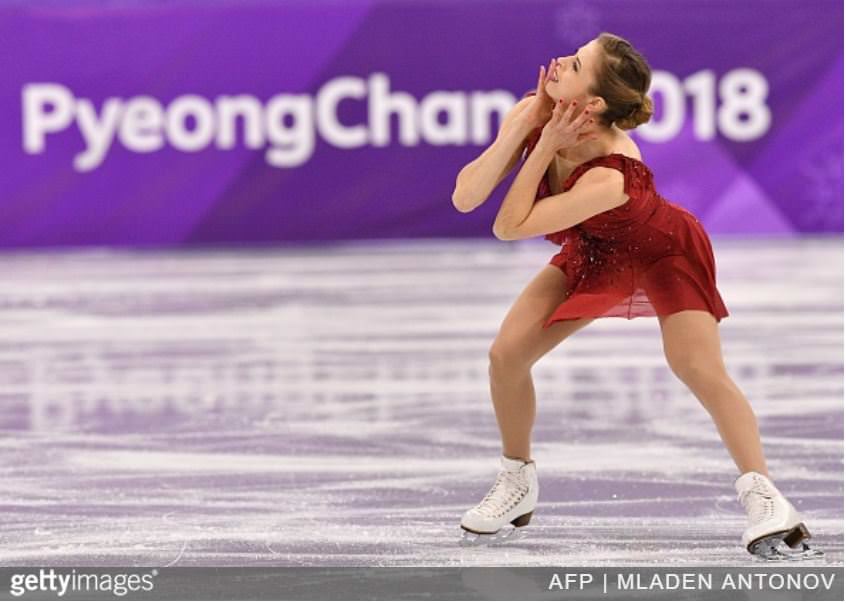 Carolina Kostner (ITA; 212.44, 5th):  Carolina wasn't able to recapture the magic of Sochi for a medal here but, as I've said before, just having her in the event gives it a boost of class and grace.  She's such an amazing artist and even when the jumps aren't working 100% it's just refreshing to see pure skating in this field of women.  Skaters like Carolina are rare and will likely become even rarer in this next generation of skaters. 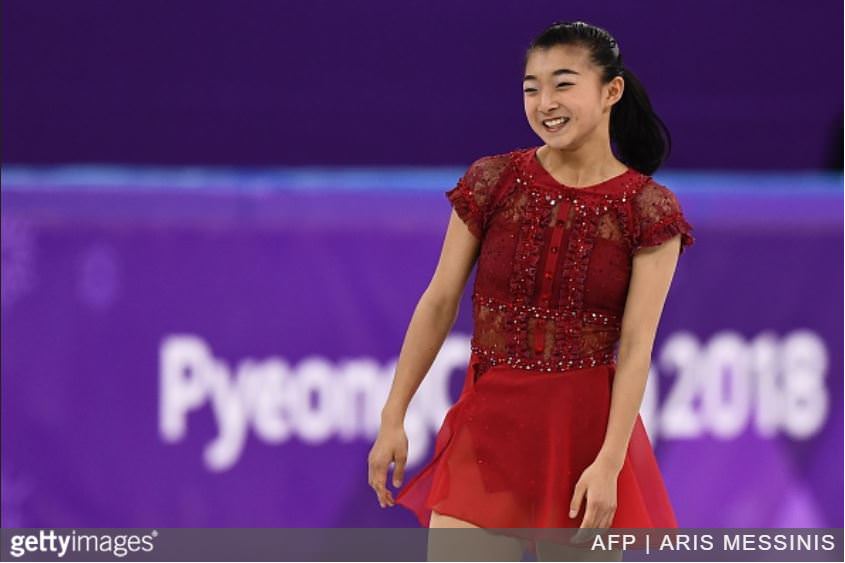 Kaori Sakamoto (JPN; 209.71, 6th):  Kaori definitely made the most of her Olympic experience.  She turned in two great performances and made the top 6 which is something I don't think anyone figured would be a possibility at the beginning of the season.  She's an incredible jumper and will only grow in terms of her maturity and presentation.  Kaori is the future of Japanese women's skating and I for one am looking forward to it. 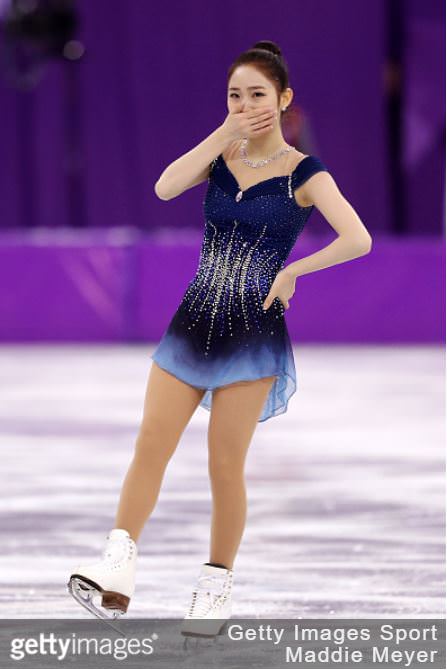 Dabin Choi (KOR; 199.26, 7th):  Dabin was probably the biggest surprise of the top 10.  She's been a solid skater for a long time but she usually flies under the radar.  It was impossible for her to stay under the radar skating in front of a home crowd and I feel like their support really helped her to shine.  It was so wonderful to see her have those kinds of performances here. 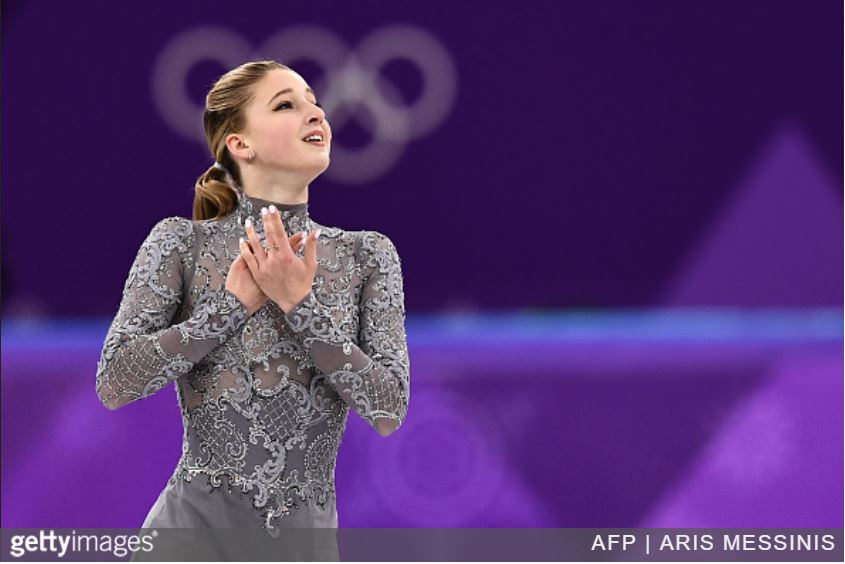 Maria Sotskova (RUS; 198.10, 8th):  Maria was expected to be in the top 5 or 6 here.  Once again it seems as if she faded down the stretch.  The second half of the season doesn't appear to be her forte.  To her credit she came back from 12th in the SP to finish 7th in the FS and 8th overall.  I'm fairly certain her place as the #3 Russian may be rather fluid moving forward. 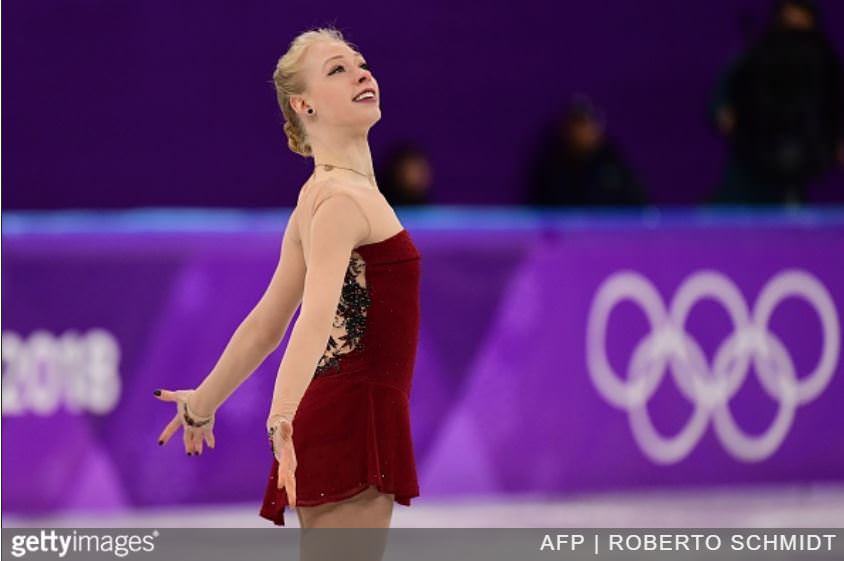 Bradie Tennell (USA; 192.35, 9th):  Given the fact this was Bradie's first major international competition, I think she did fine.  The media seem to be obsessed with the fact that the American women aren't competitive on the world stage.  Well, this isn't news to anyone who has paid attention for the past 10-12 years.  Hopefully the media will back off of her now... 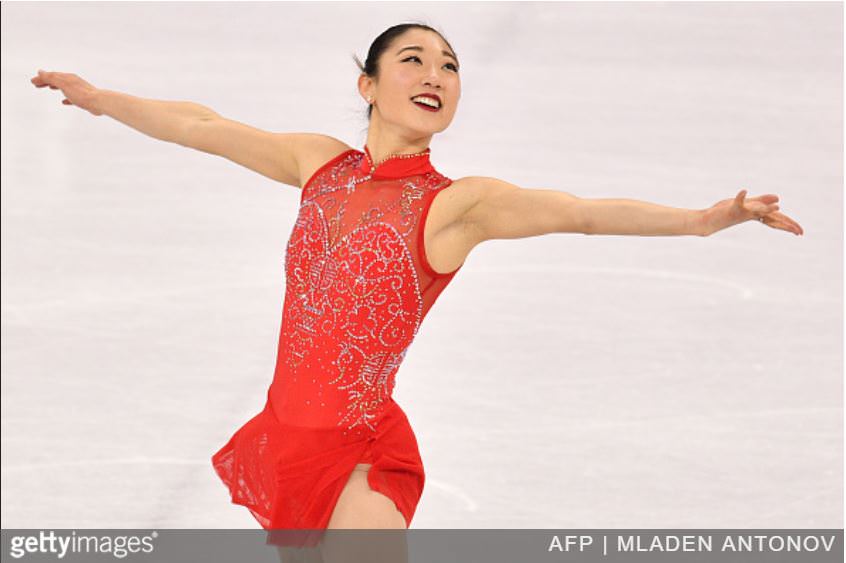 Mirai Nagasu (USA; 186.54, 10th):  Mirai was not able to build on her history making performance from the team event.  After popping it in the FS she just went through the rest of her program with a smile and enjoyed herself.  The media seem to think this was the wrong attitude to have but I disagree.  At the 2018 Olympics Mirai became only the 3rd woman and 1st American woman to land a triple axel at the Games, she became the 1st senior woman to receive credit for 8 triple jumps, she won a bronze medal with team USA and she finished top 10 in the individual event.  Either way you look at it the 2018 Pyeongchang Olympics were a success for Mirai Nagasu. 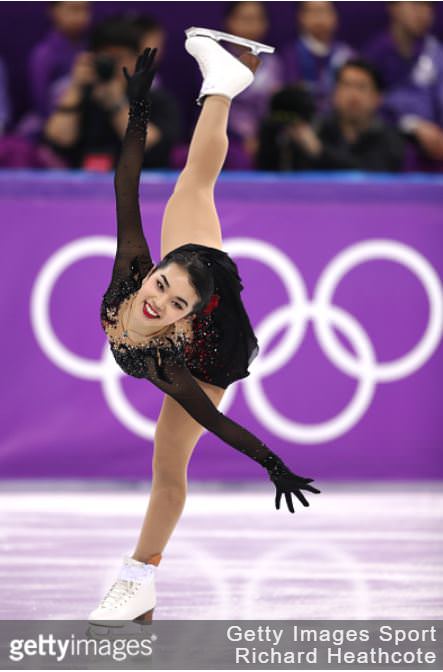 Karen Chen (USA; 185.65, 11th):  Karen performed as expected in both programs.  She was solid in certain areas and not so great in others but she was consistent.  On Instagram she mentioned boot problems again...to be blunt, I'm sick of that excuse.  Valid or no, it's still an excuse.  I truly hope she can find some skates that work for her at some point in life.  It'd be a shame if her reason for never reaching her potential was due to her boots. 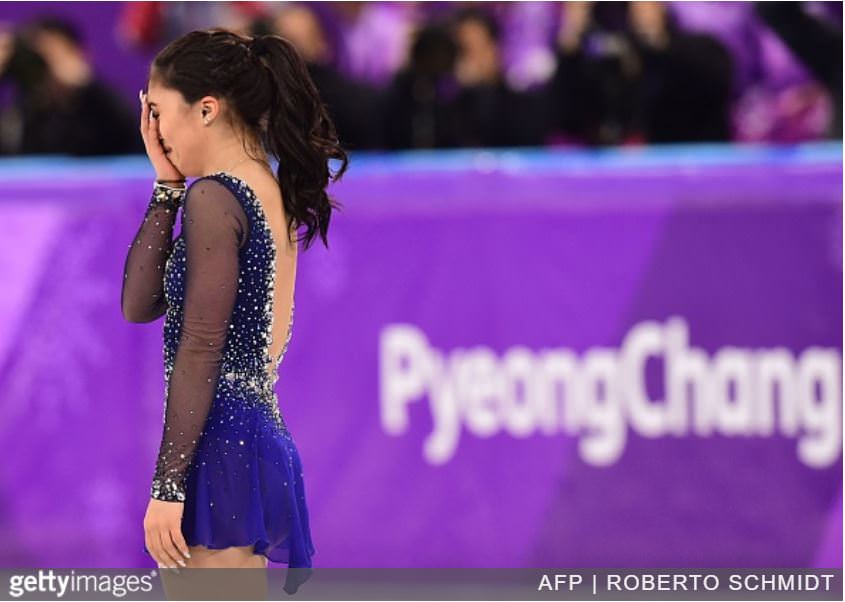 Gabrielle Daleman (CAN; 172.46, 15th):  Gabby turned in a great FS in the team event and won a gold medal with team Canada.  Unfortunately she couldn't seem to get her feet under her in the individual event.  She had issues in the SP and completely imploded in the FS.  It was very difficult to watch.  You could see her starting to cry/give up midway through the performance.  I really hope she can bounce back from this at Worlds next month.


I'm a bit worried about the direction skating is heading.  The judges are killing the soul of figure skating.  I do not blame Alina; all she did was go out and skate.  The judges are the ones ruining the sport with the way they score these skaters.  Alina's win speaks volumes to what the judges will reward as skating moves into the next four year cycle.  If you can jump and jump well, you don't need to worry about having beautiful programs or lines or connecting with your music or emoting or any of that "artistic" stuff.  The judges will automatically boost your scores as if you have all of those qualities even though you have none of them.

It's horribly unfair to those skaters who actually work on improving their skating across the board.  It's disheartening.  As a fan, I'm reaching my breaking point with this sport.  The scoring has been out of control for the past few years and the ISU is doing nothing to correct it.  They don't seem to care.  If they don't even care about their sport, why the hell should we care about it?  All of the talk about wanting to expand the fan base and bring more people into the sport...  The longer they ignore the fact that their scoring system is flawed and that their judges are the main reason the system is failing, the more and more fans they are going to continue to lose.